Thanks to everyone who voted for the March Thnx Pinterest & U project – the Adorable Hat was this month’s winner. The hat turned out pretty well, but unfortunately C doesn’t like to wear it which made it difficult to top the cuteness factor from last year’s  Bunny Hat. 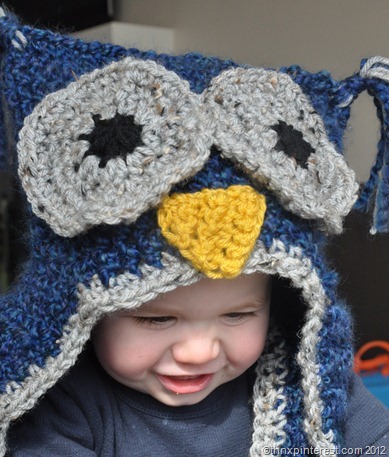 There are countless adorable hats on Pinterest and I’ve pinned some great ones on my Craft Board which is where I found the great FREE pattern for this hat.

Attempt #1: Eyes too high & too wide. C somewhat ok with wearing the hat for photos 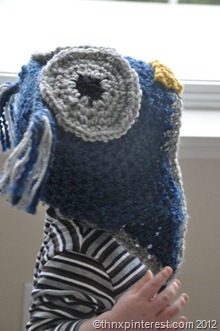 Attempt #2: Eyes lower, but still too wide. C not impressed with hat & photos 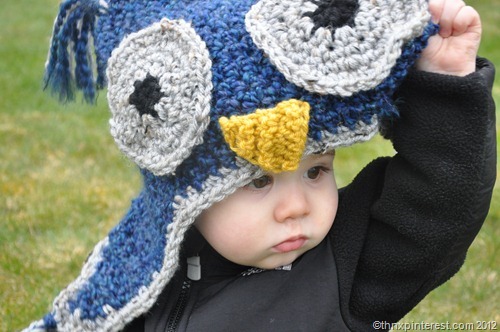 Attempt #3: Eye placement good! C refuses to model luckily I have a back-up model in the house……